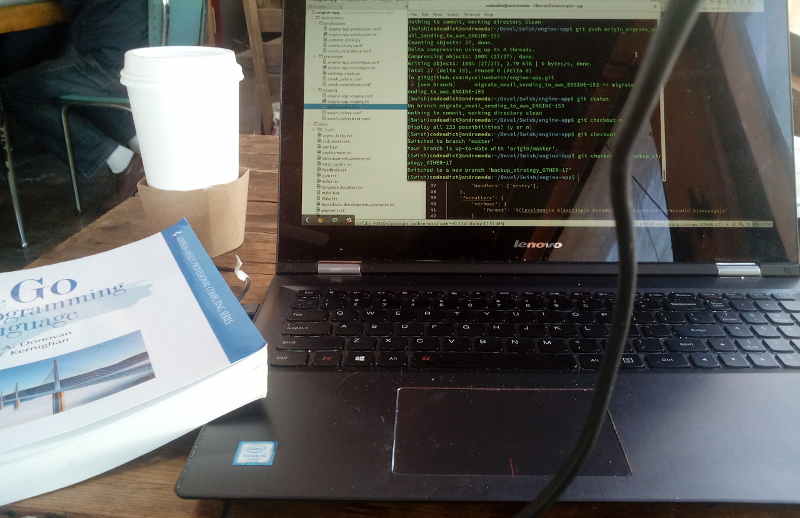 I am actually in the process of learning the Go programming language. I’m not only doing this because i believe that it’s an important skill to add to my Resume, but also because it’s a compiled language, similar to C/C++ stack but with nicer syntax and also because is has a pretty powerful web server built-in and creating web services its very straightforward process. Also being a compiled language, distributing and deploying apps is very simple. And finally because the dev team behind go have a great track creating powerful languages.

This guide intends to help the novice starter in Golang, like me, to set up a development environment fast and without the headaches of compiling the language itself. This tutorial assumes you have a basic understanding of Linux commandline and at least have a notion of what is Golang and how it works. If you don’t have it don’t worry, reading this great book can help you a lot. So here we go:

First we install the header dependencies on our Operating System:

Now lets install GVM, a Go Version Manager very similar to Ruby’s RVM or Node.js NVM, that will be your best friend working with different projects and different versions of Go:

Once this is done Go will be in the path and ready to use. $GOROOT and $GOPATH are set automatically. At this point we may need to reload bash again with source ~/.bashrc. Now we can test our installed go version by running:

And voilà we are ready to start hacking on go, so simple and you can play with different versions by using gvm.