I’m a Pythonista by nature, I always have been. I play with other languages and enjoy them, but Python is my favorite language that I still get back to.

But.. it is far from perfect and especially managing dependencies, and isolated environments do not feel that modern and robust like npm or Cargo. Pip, the most used package manager for Python can be frustrating for the following situations: 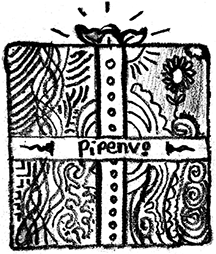 Fortunately, there is a new player in the package management arena for Pythonistas and recommended in the official Python website itself. It is called Pipenv and addresses most of the weak points of Pip. It brings the best of other language’s package managers to the Python world and unifies Pip, Pipfile and Virtualenv into a simple and powerful tool to manage you Python-based projects. The new Pipfile format differs from our old friend requirements.txt in several ways:

Here is a simple Pipfile example to have an idea of how they look like, and below I explain the basics of how you start using Pipenv and the commands it provides:

Go to your project root directory and run:

The above command will create a virtualenv in a centralized directory (honors the WORKON_HOME environment variable), using Python 3 because we supplied the --python 3.6 argument.

You will see that requests will be added to the Pipfile in your project’s root. To add dependencies that will be used only for development, like testing dependencies, just add the --dev argument to pipenv:

Once you are happy with your dependencies, you can generate a Pipfile.lock File that will lock your packages to specific versions and hashes. I recommend adding this file whatever version control system you are using to get the exact environment on other developer’s machines or servers that run your app:

To uninstall packages from your project, just run:

It will remove the package both from the virtualenv and from the Pipfile and Pipfile.lock.

To access a shell with your activated virtualenv, just run:

Or you can directly run commands inside the virtualenv like:

Will scan your dependencies for known security vulnerabilities. For example:

The check command also can be used to check code style by making use of the built-in Flake8:

Other cool feature is the ability of automatically load any .env file:

As a plus feature, we can import and export Pip’s requirements.txt files to keep both tools compatibility and I think is great because allows you to test Pipenv without the fear of not getting back if it doesn’t meet all your expectations.

While Pipenv is still a young project and there are some bugs and nice to have features, I have been using it for a few projects, and it feels mature enough for using it in production. Hopefully, it gets more traction, committers, and support from the PSF to become the default tool for handling Python packaging and virtualenvs. The more people use it, the better it will get, and more we can know about it to report bugs or contribute back.